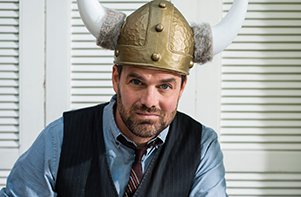 NaNoWriMo is starting soon – and with it, ChiWriMo is getting ready to write words, kick butt, and take names.  And to help us do just that, we have a special announcement!

Grant Faulkner, the Executive Director of National Novel Writing Month, will be in Chicago to give a talk for the Chicago Humanities Council:  “How to Write Fast—and Why” on Friday, November 4, 2016, from 6:00 to 7:00 P.M.

NaNoWriMo (National Novel Writing Month) wants you to write… and write fast. Each November, thousands of names and nobodies churn out 50,000 words over 30 days. Notable results include Sara Gruen’s Water For Elephants and Marissa Meyer’s Cinder. Started in 1999, NaNoWriMo has become a worldwide phenomenon and a fable of the internet age—creative empowerment without gatekeepers. Writer and NaNoWriMo executive director Grant Faulkner will lead a hands-on exploration of the method behind the madness of fast—and uninhibited—writing.

And guess what?  We have four tickets to give away!  All you have to do to be entered to win is comment on the blog, and tell us the name of your NaNo project. 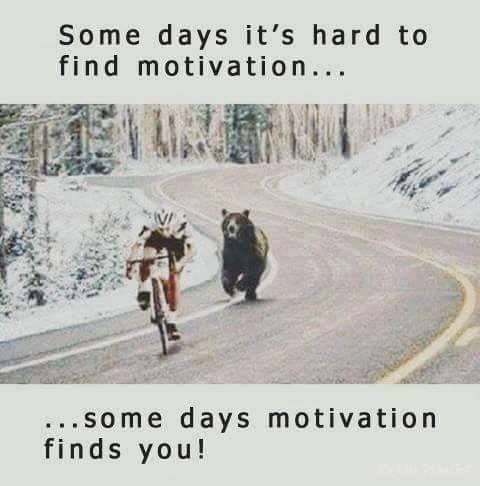 Never fear, Wrimo, the write-in is here!  Wondering what to do in the off-season?  Getting sad and lonely looks from your manuscript?  Your butt miss its chair?  Just have this need to write?

Then wait no more, and join us in April for Camp NaNoWriMo!  What’s that, you ask?  Well, let’s see, straight from the Camp NaNo site:

Camp NaNoWriMo is a more open-ended version of our original November event.We have Camp sessions in both April and July, and we welcome word-count goals between 10,000 and 1,000,000. In addition, writers may attempt non-novel projects. Camp is a creative retreat for whatever you’re working on!

We even have a write-in, for you social butterflies.

And remember, find us online:

An online friend of mine pointed me to the “A Month of Letters” site and I stopped by to give it a look-see.  It looks like a lot of fun!  In February, you commit to sending correspondence by snail mail for every day that the post office sends mail (so, not Sunday or U.S. federal holiday).  Since I love snail mail, I figured I’d point this out to my fellow Wrimos.

I’m not saying that I have bad grammar, poor spelling, or inadequate technical skills. They beat a lot of that out of you in college. I actually have a fairly decent vocabulary, and some of the stuff I’ve written has even been called “interesting.”

No, I’m a terrible writer for one reason: I am inconsistent.

Throughout the year, I make promises to myself about my writing goals. They start out reasonable, but as life makes other plans, they get loftier and loftier, perhaps in an attempt to assuage my guilt at neglecting them in the first place.

As the days roll on and I get done perhaps one fifth of the writing I planned to do, I grow disappointed in myself, my poor time management, and my lack of commitment.

Somehow, all of that changes in November.

I’m still nowhere near perfect (I wrote 158 words yesterday… 158 words), but I’ve reached a point where I cross the 50,000 word threshold in November more often than not, and even have managed to finish some of the projects after the month is over.

In November, suddenly, I Can Do It. It’s not that time somehow mystically appears. I’m busier than ever. But instead of fodder for previously essential naps and chores, open blocks of time in my schedule become prime writing time. Words flow (sometimes haltingly, but they still flow) from my brain to my fingers more readily. And even if I miss par for a few days, rather than viewing it as a life-shattering failure that sends me into a shame spiral, I take it in stride, promise I’ll keep going tomorrow, and then follow through on that promise.

Finally, it occurred to me to ask…. WHY!? What’s the difference? Can I bottle it and keep it with me after November is over, so that I can keep going throughout the year? Here are the answers I’ve been able to come up with so far:

This is elementary, but it bears repeating. Deadlines are a key to productivity. Keep one, and you’ll have a better and better chance of keeping more in the future. And deadlines shouldn’t be arbitrary. Why do you have to meet this deadline? What concrete, immediate reason do you have for picking your particular deadline?

With NaNoWriMo, all of that is built in already – we have a deadline, and we’re a community working together toward that deadline. The structure is created for you, and all you have to do is plug in and buy in. Speaking of community, that leads me to the next reason…

We might also call this “community” or just plain “having company.” Whatever you want to think of it as, consider this: while you are plodding away in November, doing what you need to do to get the words on the page, a tiny part of your brain takes comfort in knowing that there are literally thousands of other people across the globe, toiling away just like you.

The lucky thing about NaNo? You have access to those people throughout November, through the NaNoWriMo.org website and various other community things we have as Wrimos (Facebook groups, chats, and even the occasional in-person write-in).

You might view these folks as friendly competitors (“haha, I totally clobbered you in that word war!”) or as essential allies (“OMG that character name you gave me IS PERFECT”) or just as kindred spirits (“[…sharing knowing, exhausted, highly-caffeinated looks across a cozy library nook…]”), but whatever it is, knowing they are alongside you in this crazy endeavor somehow spurs you forward.

Think of it as having a writing workout buddy.

3) Wow Factor/”Crap now I really have to do this”

I love telling non-writers that I’m doing NaNoWriMo. It’s interesting, it’s fun, it’s a conversation topic, and it always gets a reaction. “You’re doing what, now?”

Fortunately/unfortunately, it also leads to the inevitable question:

“So, how’s that novel coming along?”

And, as the month progresses:

“Heh, so I bet you gave that novel thing up by now, huh?”

And then, in December:

“Did you ever finish that novel?”

And I love the looks of surprise as I pass each hurdle.

Having those little comments and check-ins pushes me forward, because I don’t want to experience the shame of having to admit I failed. Sometimes it’s a guilt-trip that reminds me I need to get cracking, and sometimes that’s just what I need.

What about you? Do you struggle with writing each day outside of NaNoWriMo? Why do YOU think NaNoWriMo works?

NaNoWriMo is starting soon - and with it, ChiWriMo is getting ready to write words, kick butt, and take names.  And to help us do just that, we have a special … END_OF_DOCUMENT_TOKEN_TO_BE_REPLACED