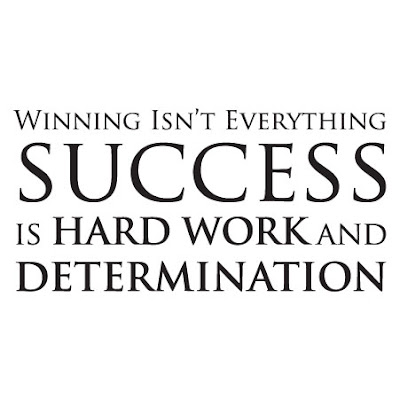 I’ve been doing NaNo for a few years now (six) and I’ve won a few times (four).  I don’t consider the two years where I didn’t hit goal to be “losses.”  If I’ve learned anything in this business, it’s to keep writing.  All words count during NaNo.

We learn from the years we win NaNo.

The years where we make it across the finish line teach us that hard work pays off and that we can do it, we can write the first draft of a novel.  We also learn that non-writers don’t understand.  “So, you’ve written fifty thousand words.  Yeah, but are they any good?” is said with a sly kind of smile, as though the questioner thinks they’ve delivered a witty comeback to our, “I won NaNo!”  They haven’t.  The point is, it’s a rough draft.  It’s not supposed to be polished.

We learn from the years we don’t win NaNo.

Sometimes, we learn more from the years we don’t hit the mark than the years we do.  One of the years I didn’t win, it was because I had a huge family gathering to attend over Thanksgiving.  I figured I could bang out the remaining ten thousand words in the two days when I got back, a Monday and a Tuesday.  I had time after work both evenings and even wrote it into my calendar.

I won’t bore you with the gory details, but I worked for a very toxic boss (for whom I thankfully no longer work) and he made those two days into a walking hell.  By the time I left the office, near tears each evening, I didn’t want to do anything, much less touch my fledgling novel.  Disappointed and discouraged, I watched midnight on the 30th come and go and never got my winner’s badge that year.

An odd thing happened, though.  The next year, I came out of the gate so strong that I would have bowled over anything standing in my way.  I had found a new job, was on my way to becoming a “real” author (meaning I had a publishing contract), and I felt like I finally knew what I was doing.  When I crossed that finish line, it felt differently than before.  This time, I was aware of the struggle it took to get there.

I realized my NaNo “failure” wasn’t a failure at all.

We talk a lot about how NaNo teaches us to write a draft of a novel.  What is less talked-about is the fact that NaNo teaches us how to fit writing into our lives – and I have yet to meet someone whose life isn’t already full of all the things.

Writing is a difficult pursuit because it’s, in essence, solitary.  Humans by nature are social animals, be they extroverts or introverts.  Sure, the appearance of socializing looks different for different people, but we all need human contact.  We need to create support systems around ourselves that sustain and nurture us, and we need to limit toxic inputs in order to sustain our creativity.

So yeah, in a way, NaNo helped me quit that toxic job.  I didn’t do it immediately, and I had some bumps along the road between then and now.  But overall, it made me stronger – and a better writer.

And that’s my “key takeaway” as they say in business.  (And the language crafters among you, Dear Reader, are cringing at my use of jargon.)  Keep writing.  Let writing be a part of your life, and don’t let other things that are lower on the priority list get in its way. Of course family is important, and if you work a job outside the home then you need to continue to do so.  But evaluate the things on which you spend your time, and the people with whom you spend it – do they support you and your goals?

If not, maybe it’s time to reconsider what the priorities are and recommit to getting to fifty thousand.

We can DO this.

NaNoWriMo is starting soon - and with it, ChiWriMo is getting ready to write words, kick butt, and take names.  And to help us do just that, we have a special … END_OF_DOCUMENT_TOKEN_TO_BE_REPLACED