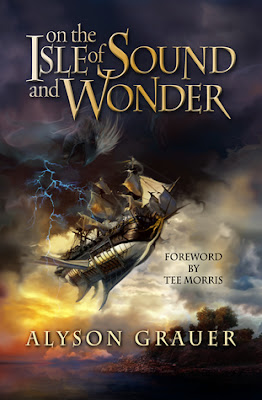 I’m so pleased to share with you, Dear Wrimo, the success of one of our very own ChiWrimo, Alyson Grauer. Her NaNo novel On the Isle of Sound and Wonder is available from Amazon.  Aly will be at Geek Bar Chicago this Saturday, November 7th; check it out and register to attend on the Facebook event page.  Aly answered some interview questions for me; read on!

CWM:  What was your inspiration for this book and the main characters?

AG:  As an actor, I often delve into the history and given circumstances of characters and stories within plays. I imagine the memories and the in between moments you don’t see onstage, and I wonderwhat would be different if the play was set in another place or time. When I started writing Sound & Wonder, I had just re-read The Tempest and found it complex and confusing; Shakespeare presented it as this commedia dell’arte influenced comedy but in the play itself you can see how dark the emotional lives of the characters can be and how dire the circumstances are that bring them all together this way. I wanted to explore those circumstances by giving the story and characters lives of their own beyond (but including) what Shakespeare wrote. I didn’t want to re-do it or overwrite it, I just wanted to explore a parallel trajectory. A world just slightly to one side of our own, with familiar things in it, but its own history and magic and scope.

CWG:  Where is your story set and why is this setting exciting/sexy?

AG: Sound & Wonder was challenging for setting. I knew exactly how it would need to be: their equivalent of Italy, and an island somewhere in the Mediterranean. But how do you do steampunk on a barely habitable uncivilized island? My solution was not to make the island itself steampunk, but allow the characters to interact with the environment in a steampunk sort of way. Mira is quite the engineer and architect, and although the island is something of a prison to her, she studies it, annotates it, manipulates it like a scholar or scientist would. My editor Jess and I half-jokingly called it “islandpunk”. The island is so cool – it has a variable landscape and even after living there for twelve years, Mira is still surprised by things that crop up… You may notice too that each set of characters experiences and describes slightly different views and terrains on the island – that was intentional.

CWG:  What’s the story behind your book’s title?

AG:  This title was the working title when I wrote the first draft during NaNoWriMo 2012. searched and searched for a line from the play that would work as a title but nothing satisfied me. When I sold the book to Xchyler Publishing we briefly tossed around the idea of changing it, but it just stuck. Sometimes titles just stick. To me, the title is about the island of course, which is in some ways a character as well as the setting, but it also unintentionally echoes “sound and fury,” which is not only Faulkner but Shakespeare as well (a line from Macbeth). Dante is sometimes more like Macbeth than Prospero, to me. So it’s a happy coincidence.

CWG:  What subgenres do you write in and who are you published with?

AG:  Steampunk, fantasy, spec fic, sci-fi, etc. I have two short stories and this novel through Xchyler Publishing, and two short stories through Imagine That Studios — the Ministry of Peculiar Occurrences’ Tales From The Archives anthologies.

AG:  Both. I was a pantser for a loooong time (and happily so) but editing Sound and Wonder was a lot of work, and some of my other projects have taught me that Plotting/outlining/preparation can be super important depending on the story. 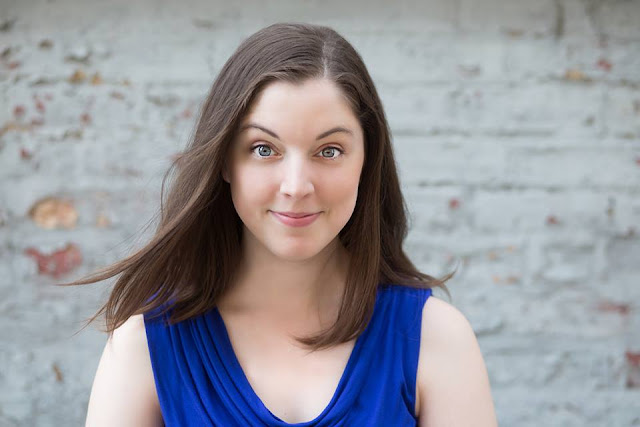 Alyson Grauer is a storyteller in multiple mediums, her two primary canvases being the stage and the page. On stage, she is often seen in the Chicago area, primarily at Piccolo Theatre, Plan 9 Burlesque, and the Bristol Renaissance Faire. Her non-fiction work has been published in the “Journal for Perinatal Education” for Lamaze International. Her short fiction can be found in Tales from the Archives (Volume 2) for the Ministry of Peculiar Occurrences and in two anthologies from XchylerPublishing, Mechanized Masterpieces: A SteampunkAnthology, and Legends and Lore: an Anthology of Mythic Prorportions.

On The Isle of Sound and Wonder

Blurb: All but alone, wild but resourceful, Mira dreams of life beyond the shores of her mystical island. Isolated by her father, a dark sorcerer bent on vengeance, she has only his servants, an air spirit and a misshapen cast-off, to share her company. When Dante conjures a terrible storm to wash ashore his mortal enemies, Mira must chose between her loyalties to her father and what she knows is right.

Sail the skies and soar the seas surrounding this Isle of Sound and Wonder as Alyson Grauer masterfully retells William Shakespeare’s classic, The Tempest, bedecked in the trappings of Steampunk.

NaNoWriMo is starting soon - and with it, ChiWriMo is getting ready to write words, kick butt, and take names.  And to help us do just that, we have a special … END_OF_DOCUMENT_TOKEN_TO_BE_REPLACED