I have an insight.

Just hear me out.

There’s a widespread secret to “winning” NaNoWriMo (in the traditional sense). And it’s actually numerically true. Like, it’s measurable and about as scientific as you can get when you’re talking about something like noveling.

Here is the secret:

Without fail, every single NaNoWriMo, the sharpest drop-off occurs after Week One. People can go strong for 5 to 7 days. That’s easy – it’s practically like a Creation Vacation! WHEE, NOVELING! But then… you realize… oh geez, you have to DO something with what you’ve just created. The characters have to… exist. And live. And breathe. And do something… interesting. Like, a plot or something. Right? NOOOOOOO! 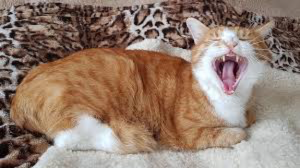 But how can they do that when you feel like you’re starting to write complete crap? Your creative resources are starting to flag, right? You’re feeling drained, maybe even a little resentful? Oh geez, ANOTHER night in front of this computer/notebook? I WANT A BREAK. (table flip, lots of screaming)

Here’s the thing: Most people who manage to survive and slog through Week Two end up “winning” NaNoWriMo. THIS IS A FACT, we see it every November. Maybe not with 50k words, but they manage to actually write most of the 30 days of the month, hit an admirable word count, AND they shockingly find they’ve built up so much momentum that they can keep going, even after the deadline of November 30th is over.

This phenomenon has been present since the beginning of NaNoWriMo, if you read the founder’s book, No Plot? No Problem! (by Chris Baty, this book seriously changed my writing life). I personally think there are scientific reasons surrounding this, related to what we know about habit-building and behavioral modification, but that’s beyond the scope of this post.

So, if it helps at all, if it gives you even the teeniest tiniest bit of motivation to hang on and keep going, despite the part of you screaming to just stop and give up, just think of it this way: if you survive week two, you’re probably going to “win” NaNoWriMo – whatever that means to you. And isn’t that kind of pretty awesome?

NaNoWriMo is starting soon - and with it, ChiWriMo is getting ready to write words, kick butt, and take names.  And to help us do just that, we have a special … END_OF_DOCUMENT_TOKEN_TO_BE_REPLACED